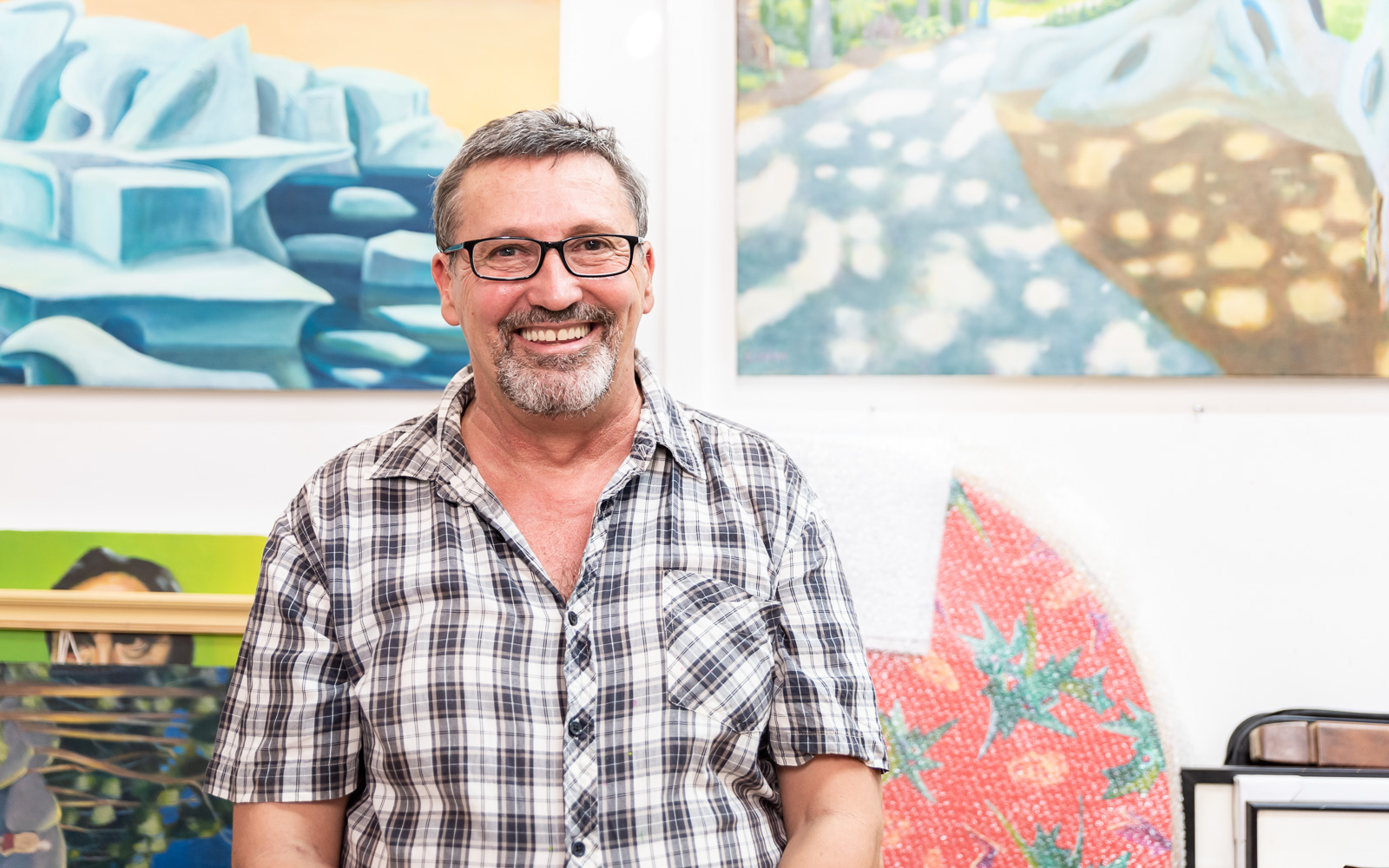 Carl Milton (b.1962) is a Sydney based artist with Square One Studios in Alexandria. Carl has been the recipient of studio residencies, art awards and has held a number of solo exhibitions. His works are held in public and private collections in Australia, Germany and the UK.

Like the wave and particle process of quantum physics, Carl’s art practice is not set in concrete. It can oscillate from traditional depictions and representational portrayals of Places and of People to very contemporary imagery in the Human Element and Environmental Energy Fields.

Carl’s creative output is inspired by this life experiences, as well as his interest in nature, art and science. Carl’s Neurological Energy Field paintings, with a particular focus on consciousness and epigenetics are informed by current research pertaining to the mind/brain sciences.

We are living in fascinating times of transition, the Anthropocene epoch that requires we embrace adaptation. Carl’s recent Artwork 2020 illustrates and acknowledges aspects of the technological, scientific and environmental changes that are rapidly unfolding. Carl is also a proponent of informative, uniting and educational Public Art that encourages people to look at the bigger picture in order to adapt and embrace new paradigms.